The standing hillocks strongly reciting to me the glory of the past welcomed me to the most colorful destination of India- Rajasthan, the moment I realized I entered the pink city- Jaipur!

The monument with which I embarked my excursion of the city was much famous-HAWA MAHAL-palace of winds. Erected with the pink and red sandstones, hawa mahal is constructed near city palace to connect it with the Zenana-women’s quarters. No doubt it is very finely made with small windows so that the women could see the festivities and celebrations on the street without being seen by others. 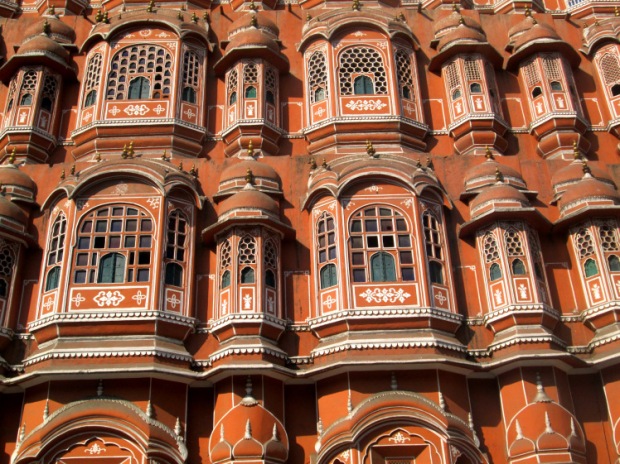 The exquisite latticework used in the jharokha-small windows were not only used by women to witness the life on street but also worked-and still works- as an air conditioner for the whole courtyard and rooms inside, alike. The very first thing I witnessed when I entered the main gate and took a round was the rock with inscription telling all about the palace in brief.

Inside the courtyard was the beautiful fountain which would stop the flow of water after every few minutes. 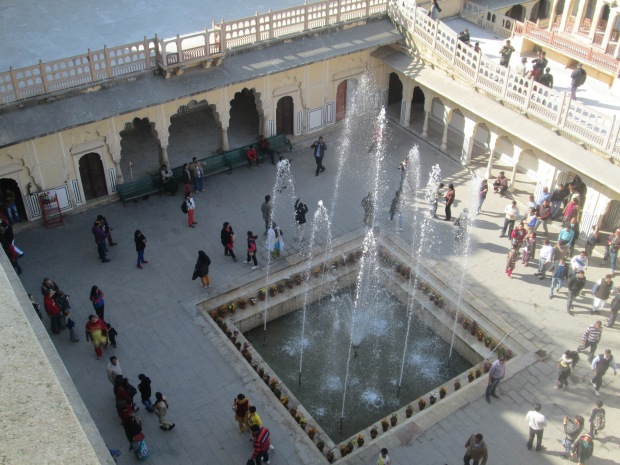 Going upstairs, the rooms with red, blue, green and yellow glass windows are regal enough to prove the lifestyle of the Rajputs. The view of Amer fort from the terrace of the palace is enough to rouse the anticipation to visit it as soon as possible to witness its grandeur.

Coming back to the courtyard on ground floor, there were small shops having things Rajasthani in style to offer like that of these jaipuri-mojari-chappals.

But what grabs the attention here is the temple of goverdhan nath, up only by some 8 to 9 stair.

The photography of the deities- shree Krishna-in the temple is forbidden though the paintings on the walls are open for appreciation. 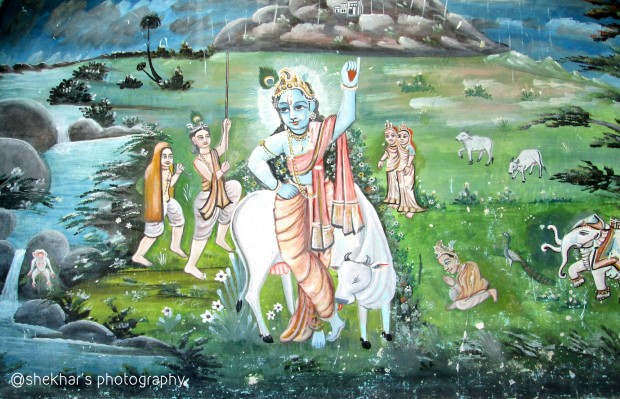 City Palace- the yellow-red colored palace with magnificence worth watching is near the hawa mahal. The snake charmer just inside the main gate garnered not only mines but all the tourists’ attention.

The grand diwan-e-aam, diwan-e-khaas, Mubarak mahal, Chandra mahal and sabha niwas are beautiful and cleanly made- enough to take you back in the time. There are many parts of the palace such as sabha niwas and the room with the arms and ammunition where photography is prohibited but all you can see there is something you cannot forget for the lifetime.

Small canon in the courtyard near diwan-e-aam and outside the sabha niwas is just a symbol of how the bravery and the richness of Rajputs must have been in the medieval India.

On the other side of the palace the decorated camels and horses with richly colorful and embellished saddles and few drummers few yards away still makes it easy for tourists to get drenched completely in the colors of Rajasthan. 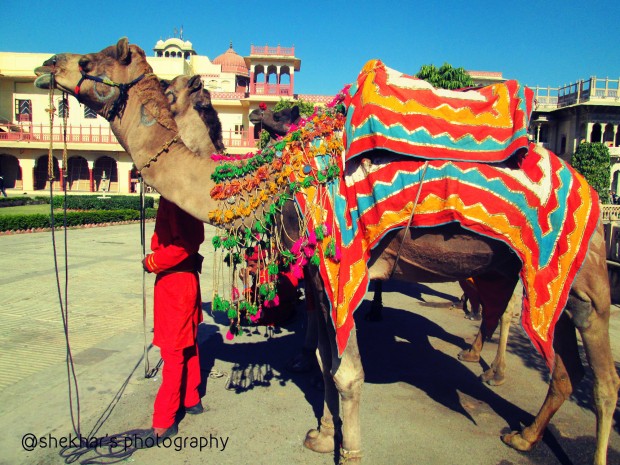 After visiting all the parts opened for visitors, on my way back to the main gate, the puppet-show was started which on my entrance was not. 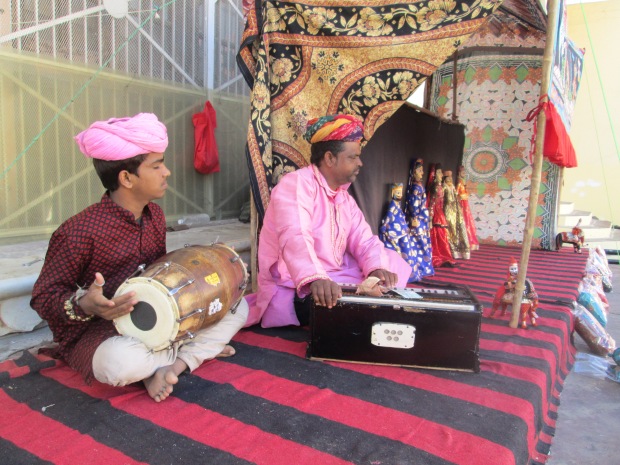 Amer fort- located on the high hill, the serpentine like zigzag pathway leads to the main gate of the Amer fort. The biggest tourist attraction of Jaipur has many things to offers to tourists, from colossal Ganesh pol entrance of architectural brilliance to the historical grandeur of the sheesh mahal. The Ganesh pol, as the name suggests has an alluring image of lord Ganesh and it is the most beautiful structure in whole fort with gems embedded in it. Lattice screens up above on the Ganesh pol entrance were made for women of the royal family who along with their attendants would shower flowers on the victorious entry of the kings and princes from the screens and windows.

Apart from the Ganesh pol, the sheesh mahal inside the fort is most famous among tourists. Beautiful mirrors all around the vast hall in several designs and patterns bring the effect of stars of sky and are magnificently glittering. 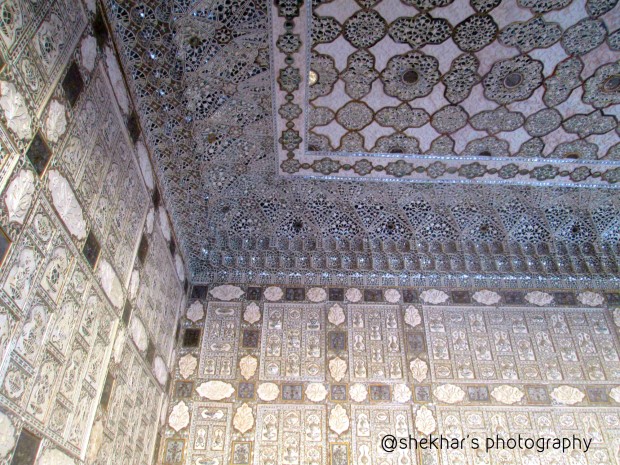 Also, an interesting attraction here is the “magic flower” fresco carved in marble at the base of one of the pillars around the mirror palace depicting two hovering butterflies; the flower has seven unique designs including a fish tail, lotus, hooded cobra, elephant trunk, lion’s tail, cob of corn, and scorpion, each one of which is visible by a special way of partially hiding the panel with the hands.

Jal mahal- on my way from City Palace to Amer fort I also had an opportunity to see the architectural wonder called Jal mahal– a palace in the middle of Man Sagar Lake. Jal mahal is actually a five storied building whose four stories remain submerged in the water while only one is exposed above the lake.

So this was my trip to Jaipur where I experienced and witnessed a lot- from the regal persona of the royal families from their palaces and forts to their bravery and awe-inspiring courage by witnessing their military strength by their arms and ammunitions. From the bazaar of Jaipur where colors were in abundance to the antiques still so royal, I am compelled to say that Jaipur is indeed the pink city and the heart of the most colorful- Rajasthan.

Pictures courtesy- All the pictures were clicked by me and some are originally posted on my Facebook page Shekhar’s photography-www.facebook.com/Shekharsphotography001/