In the May of the year 1857 when British introduced the New cartridges with the cow and pig fat, they did not know that this would not only establish their rule in India as a complete authority but also would end the rule of a dynasty which had hitherto ruled India for 330 years with all its magnificence which had astonished the people and the dynasties all over the globe. But what they also did not know was the bloody way which they had to cross to achieve India with them as complete sovereign and that they had to face the biggest mutiny India or the world had ever seen. Also, British east India Company had never faced such a rebellion that too by the sepoys who were trained by them, by then. Even after the mutiny of 1857, British never had to suppress such a mutiny and rebellion as it never happened anywhere else in any of the colonies of the British. 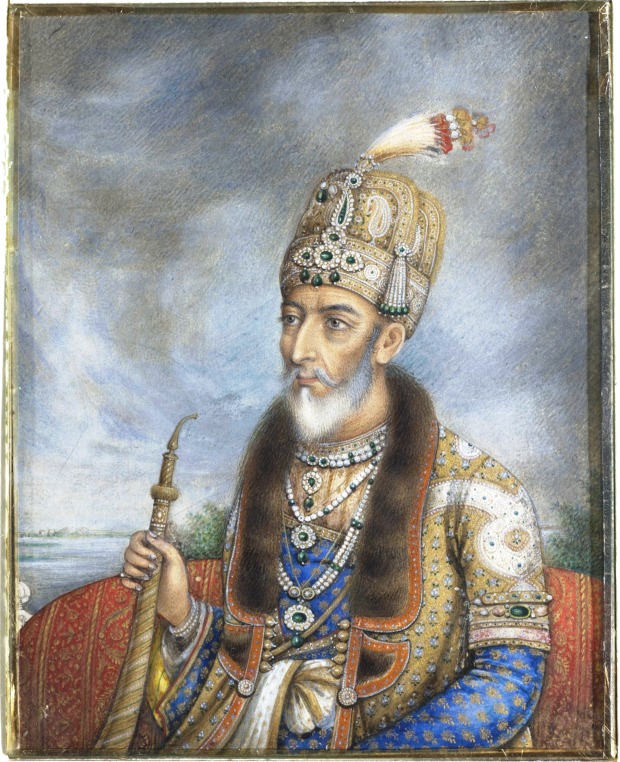 On one May morning the sepoys from Meerut reached Delhi and after dire struggle entered the city of Delhi and thus the red fort. They asked Bahadur Shah Zafar to be their patron and wanted to fight under his patronage against the British to re-establish the Mughal rule of which they still believed they were the loyal subjects of. Bahadur Shah Zafar was a very noble and gentle man. He was more of a mystic than an emperor. If people say that he failed to stand against the British because he was weak then it’s totally wrong because on a wider perspective, we know that it’s not the perimeter to know how weak or strong of a man he was. When the sepoys reached him he was already 82 years old and was too weak to say no to them and stand against their will. Apart from that he had never seen any battle in his life let alone be fighting. As far as his own palace and administration were concerned, he has been quoted as a henpecked husband by British writers and in various books. His sons were not capable of either fighting or to rule the country their ancestors had been ruling since last 330 years with great gallantry. So much was his helplessness that he could not say no to the sepoys when they asked for his support even when he himself didn’t want to support them. They compelled him and they were in his palace after killing soldiers of the fort making it their camp and he had to give them his consent which he did eventually. He was also a gullible person who was expeditious in making decisions which were generally wrong quite all the time. Actually Zafar was not like the earlier emperors of his dynasty. He never had any quality to accomplish him as a king. He himself called him a Sufi fakir many times in his life. But one quality that he had had made him a highly deferential monarch of his dynasty at the time of his realm. It was his pluralistic nature which makes him somewhere close to being a great ruler. Such was the faith of both his Hindu and Muslim subjects in him that the sepoys which included both the communities wanted to fight and rebel under his Mughal flag and his patronage. Had it not been the case, rebellious sepoys whose sixty percent included Hindus would not have headed towards him ready to fight against the British. But nothing helped the people of the most civilized and cultured city of Hindustan at the time of the mutiny-Delhi. The moment the rebellious sepoys entered the city of Delhi and had taken over the fort- they commenced the acts which left the city scarred to an extent that those scars were very very hard to be forgotten by the people who saw their people being butchered, who witnessed it and escaped it somehow. All the shops were plundered, mass slaughter of Christians irrespective of their age and gender left the literature hub of the country like butchery. But what is worth noticing here is that not only Christians but in the name of rebellion and fighting against the Christians, sepoys also looted and killed many shopkeepers, businessmen or in short elite class of the city who were of course no Christian. Abductions and rapes were rampant in the same intensity. Many of the people belonging to particular communities also got involved in the pillage and some people took the advantage to settle scores with the people they held personal grudges for.

After months when in September British took over the city, it was in debris all over, some by sepoys at the time of outbreak and some because of the continuous shell attacks on the city by British. Whole city was starving and some had already starved to death. But what is more severe here is that the phase of pillage, plunder, mass killing, abductions and rapes started all over again-this time by the British. The British had taken the place of sepoys but the victims were rather same- dilliwallahs.

Zafar was summoned in his own court as a convict. He was completely broken-down by then. He was too old and dilapidated to endure the treatment he was being given by the authority of the company. According to some letters of the officers present at his hearing event, he wouldn’t even pay any heed to what was going on. He would lean back on the cushions and his eyes were closed except at some moments when he would suddenly open his eyes and look to see what seemed to be an interesting thing to him or something relevant to his golden era of rule. 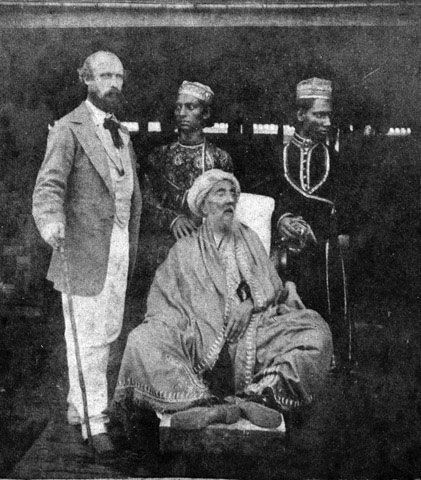 At last, Zafar was found in his own court in red fort a convict and prime convict behind the mutiny and was exiled to Rangoon with his wives and two sons Mirza Jawan Bakht and Mirza Shah Abbas. Mirza Jawan Bakht was the son of his favourite wife Zeenat Mahal and Mirza Shah Abbas was his illegitimate son by a concubine. He lived in a small two storied house in confinement where he died on 7th November, 1862 as a prisoner in sheer destitute. His rare and probably only real picture in his last days can be seen here.

But as if it was not an end of his sufferings and he had to bear something more even after his death. Britishers did not want him to be remembered by the Indians or Muslims of Rangoon so they buried him at the backside of his house and they didn’t put any gravestone over his grave to make sure there would be no sign as to where the last Mughal emperor lies in peace. Zafar’s wife, Zeenat Mahal, died in 1882—approximately 20 years after his death. Real picture of Zeenat Mahal can be seen here.

When she died, the location of Zafar’s grave had already been forgotten and could not be located, so she was buried in a roughly similar position near a tree where his grave was assumed to be. Zafar’s son, Mirza Jawan Bakht, died two years later and was also buried at the same site. Real picture of Mirza Jawan Bakht(left), and Mirza Shah Abbas(right).

In 1903, a group of visitors came from India to pay tribute to Zafar at his burial place. But by that time the exact location of even Zeenat Mahal’s grave had been forgotten though some local guides pointed out the sight of the faded lotus tree. In 1905, the Muslims of Rangoon protested and asked that Zafar’s grave should be distinguished. This appeal was forwarded by the British to Calcutta and the reply was that it was not apt for the Government to construct anything over the remains of Zafar as a tomb as that might become a place of pilgrimage.

However, British agreed in 1907 to erect a single stone slab in which it was engraved-Bahadur Shah, ex-King of Delhi died at Rangoon November 7th, 1862 and was buried near this spot. Later that year, a cenotaph devoted to Zeenat Mahal was added. Zafar’s granddaughter, Raunaq Zamani, was also buried near.

However, something very very fascinating happened many decades later when on one day in February 1991, workers who were digging for something related with a drain discovered a grave like structure made of bricks. There was some inscription written on top of it and then a skeleton was found. So it was clear now that this was the final resting place of the last Mughal-Bahadur Shah Zafar-2. After some time, a dargah (Islamic shrine) was built, and was inaugurated on 15 December 1994. 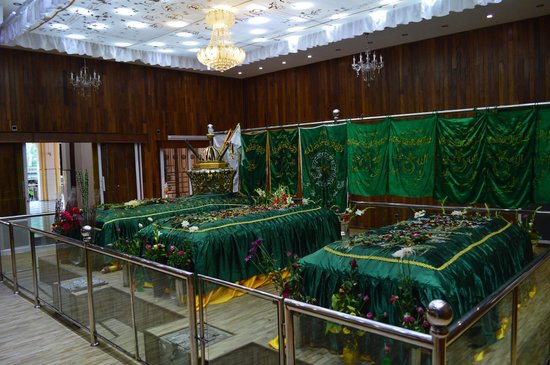 Since then, this shrine has become an important place for pilgrimage of Muslims. The dargah is also frequently visited by politicians and dignitaries from South Asia.

With the death of an emperor who was more of a mystic Sufi saint, Mughal rule ended forever on the land of Hindustan. The great dynasty and its grandeur got wiped off from the face of the land of Hindustan. Mughal “rule” ended though, but there are descendants of Mughals living even today in India as well as Rangoon (called as Yangon these days which is in Myanmar) having only grand saga of Mughals to tell and to remember.

Howdy and welcome!!! I am shekhar srivastava and I am a writer. From travelogues to movie reviews, recent news to philosophical or spiritual writing I love writing on all these subjects. I hope you all readers will like my writing and appreciate it. Thank You! View all posts by Shekhar Srivastava